The Reverend Bellamy took office as Vicar of Drybrook in 1923 and it is on record that in his time the largest ever congregation attended this Church. 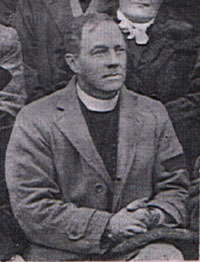 About 1000 people came to a Harvest Festival Evensong in 1924, half managed to squeeze into Church, the others standing outside!

In 1927, the sixth Vicar of Drybrook was appointed, the Reverend Newman. He was one of only two Vicars of this parish to ride a horse about his pastoral duties (the other was Rev Lawton). After eight years he moved to Tidenham Parish also in the Forest of Dean.

He was succeeded by Reverend Easter who served here for just four years until the outbreak of war in 1939. 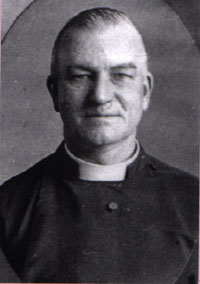 As the Second World War continued to cast its shadow over the world,the life of Forest Church was influenced in many ways. Many local men were drafted into the armed forces and served far from home and Church. Others however worked on “the home front” in the vital industry of the local coal mines and the clergy were also exempt from military service.

So it was that in 1940 the Reverend Father Partridge arrived in the Vicarage of Holy Trinity, Drybrook (along with his man servant), from the far flung island of Tristan da Cuhna where he had served as the agent of the Crown in the capacity of Governor.

Father Partridge may have served well in British territories overseas but he did not go down well in the Forest – he emptied the Church in a remarkably short time, having introduced high church practices which Foresters at the time regarded as alien and eccentric.